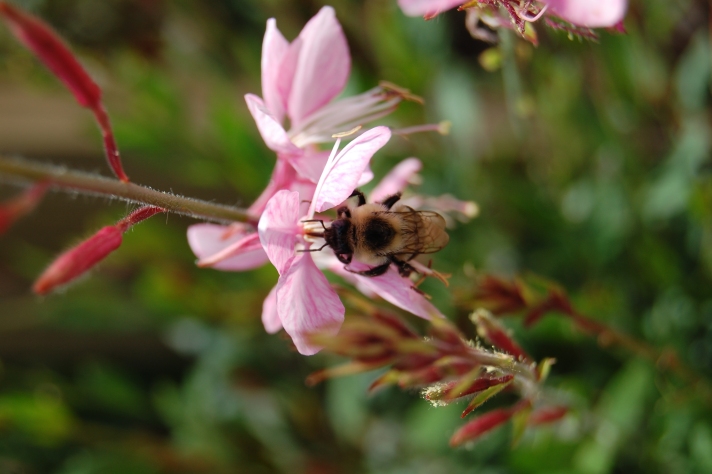 Nature walks, Indian mounds, forts and gardens we visited when I was a kid: 547

Average temperature (in degrees F) when we visited: 97

Amount of whining involved in any trip with me as a child: too much

I went on a field trip with my son’s fifth grade yesterday. We were at the school at 6 a.m. to get on the buses and arrived back at 8:30 p.m.

When I am nominated for sainthood, please vote for me.

We visited a battleship, an aquarium, the beach and a fort. I was in charge of four boys. We spent the most time at the battleship’s gunnery set-up, with all four of them crawling over the various killing implements, trying to figure out which one would do the most damage in the least amount of time.

Here are my thoughts and memories about sightseeing; about being a kid and being an adult with kids:

1. Nature walks. My parents were much better than I am about taking us around to see whichever sights there were to see. Their favorite was nature walks. Nature walks are, well, free, and they are extremely nature-y.

When I used to whine about nature walks, the air being stagnant and 98 degrees, the bugs getting all excited at the tribe of four dumb humans stumbling onto another feast opportunity, my parents would always say, “I bet your kids are gonna love nature walks!” Then they would laugh maniacally.

I recently took my kids to a little lake nearby to throw a frisbee and jump around. They ran up and down a hill for 30 minutes. Up. And down. And up. And down.

Then…  they volunteered to go on a nature walk. I know. Weird, right? We started walking around that lake, and it was all nature-y, and I was fine because it wasn’t too hot, and I had on running shoes, and we all talked and had fun. And after almost an hour and a half, my daughter said, “Do you think we’re almost there?” And I assured her we were, although I was starting to doubt it myself.

They never once complained. That, my friends, is some kind of weird karma.

2. Forts. I love history. Really, I do. I almost majored in it in college.

However, forts are not my most favorite thing in the world. Yesterday, we visited a fort with my son’s class.

We listened to a guy talk about weapons; he was pretty entertaining, talking about murdering people and how the bayonet they had back then was designed to kill you slowly after causing copious infection. Now, it’s been outlawed by the Geneva Convention.

I wanted to throw in that AK-47s might be the real reason bayonets aren’t today’s most popular killing machine, but I restrained myself. It was thrilling; the boys were completely silent.

But then we started walking around this path that was basically around this bunch of odd little hills, and then there was a marsh (ahem, wetlands) and lots of wind.

My son pulls on my sleeve and whispers, “This is pretty boring, Mom.”

To which I said, in a totally grown-up and appropriate way, “I know.” I even added an eye roll. “My mom and dad took me to lots of forts, especially when it was really hot.”

He looked at me with pity and said, “Dude.”

Maybe it’s the same kind of thing like when Lyle Lovett was asked, “You seem to attract a lot of women. What’s your secret? What have you learned about women?” And he said, “Women like to eat outside.”

Battleships have claustrophobic little rooms and labyrinthine passageways where you lose track of which direction is fore and aft. The bathrooms offered no privacy, and there was only a tiny surgical room, even though the movie they showed described several of these ships having enormous holes blown out of them.

They reek of war and salt water and metal, and every boy I asked said that the battleship was the best part of the field trip.

We were eating lunch, and I overheard some of the boys talking.

“Dude, did you see that well? Like, what if you fell into it?”

“No, well, actually, if you read the plaque, it said it wasn’t a real well. It said…” the boy broke off in mid-sentence, sensing the metaphorical sharks circling. It was the sound of his popularity in serious jeopardy. “I mean, I didn’t really read it, but the name of it just…. nevermind.”

4. The beach. I am firmly of the opinion that beaches are for getting wet. There is, like, all this water and stuff. Looking at all the water without getting in is like looking at a thick slice of homemade chocolate cake and saying, “Well, that’s some nice cake.”

Guess where we went yesterday? The beach. It was in between lots of other activities, and the teachers had prepped the kids for weeks, telling them they absolutely, positively could not get near the water.

Yep. You guessed it. Several of them rushed the water like malicious little lemmings.

And I just want to say, I almost did, too. It’s a pain to be a grown-up sometimes.

5. Gardens. Gardens are pretty. They have lots of flowers. And nature. And they’re peaceful.

They’re not great places for kids.

My parents took us to lots of gardens. And now, in a kind of hazing mentality, I have taken our kids to gardens, too.

We went a few weeks ago when they had the day off school. My friend and I took our four (combined) kids to the nearby Duke Gardens. It was hot that day, just like I remember.

She started out by yelling, “Don’t run!” as they dashed away down the garden paths. Isn’t that silly?

Garden paths are not walking paths for kids; they are mazes, designed for getting lost. Quickly. Let them. The funny thing about kids is that eventually, they get hungry. Or thirsty. They’ll find you.

Our kids managed to completely destroy the lunch of at least one college-aged couple in love who thought the gardens would be a great place for a peaceful, romantic lunch date.

One day, that will be my kids and their dates. And I hope they will remember how dumb they used to think people are when they’re in love. Karma again.

I hope you have enjoyed my meandering journey down a nature path. The next time you go, remember to bring water, wear sturdy shoes and never, ever tell your kids to walk. There will be plenty of time to walk when they’re 40.