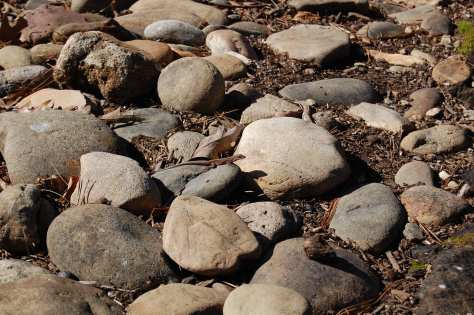 Do we really know this little lizard? I think not.

Times I got strep throat as a kid: at least 21

Times we kicked my good friend’s parents out of her living room so we could watch movies during my high school era: 213

I tried to give away a copy of People the other day. No one on my street wanted it.

These are my neighbors, the ones who I’ve shared a drink (or two) with over the years. This is very vexing: who doesn’t want to know that Michelle has moved on after Heath’s death and that Matilda may one day have a loving step-father? Are these the same people who, if asked to fill out a personality test, would bubble in “Agree Strongly” to “I find filling out complex tax forms exciting and satisfying” or “I do not care for Cadbury’s Mini-Eggs; they are the scourge of our society?”

I am not sure I know these people.

Other eye-opening moments have occurred over the years. See if you recognize these people in your own lives:

1. Pooh-poohing hundreds of years of medical advancements. My parents are Intellectuals. They enjoy reading things like Smithsonian and Archaeology Today. My mom was a chemist for a brief, shining few years, until every single project she worked on kept running out of grant money and her boss went through a sex change operation and called his/her own kids his sister’s kids and things got very confusing. That’s when my mom threw up her hands and became a piano teacher.

But I digress. My point is, these are people who read about science and smart things and would probably, yes, turn down a free issue of People. (I know. Weird, right?)

One day in early spring a few years ago, I was visiting them with my young children. My kids wanted to go out and play in the backyard. Might I remind you that kids feel hot all the time? That when you are sitting in the wind, shivering, collecting icicles on your eyebrows, they are in tank tops and feel hunky-dory?

My dad: Get some coats on those kids!

Dad: They’re going to get sick.

Me: Look at how fast they’re running. Sick can’t catch them.

Dad: They’re going to get a cold.

Me: Dad, you do know you can’t just get a cold from walking outside on a cold day, right? There are these things called germs.

Dad: (air expelled in a disparaging way) Germ theory. Whatever.

Vexing, I tell  you. It was as if my dad had told me the world was not actually spherical.

My friend’s dad also gave us something hilarious to think about:

2. Returning to the Middle Ages. Let me give you some background on my good friend’s dad. My friend and I have known each other since middle school, and her dad is just about the most mild-mannered, friendly, low-key dad I’ve ever met. He was not at all an ex-military-type guy. He took pleasure in setting out Christmas vignettes across their wall-to-wall bookcases, and he bought her a cool, black Mustang with red interior that she was so terrified to drive that he had take it back and let her drive the poky family Buick. But still. He tried.

When she was living by herself in an apartment in Chicago, he had a talk with her about personal safety and how a woman living alone should have some sort of protection. (My dad had the same talk with me and took me to the shooting range, then handed me a gun when he was content that I understood where the barrel was and could aim in the general direction of a target.)

My friend’s dad suggested a crossbow.

Sometimes when I am alone in my car, I start laughing to myself like a deranged lunatic when I picture her wielding a crossbow in that tiny apartment. Deranged. Lunatic.

3. Deleting key years of one’s life. When we were visiting my mother-in-law in England a few years back, she told us that my husband’s half-sister, who is much younger, would soon be applying to colleges. (Note to non-English people: college is generally two years, then they go on to University. My husband lived at home and attended a local college before leaving for University.) Here is the conversation that followed:

My husband: Cool! Where is she applying?

His mom: I think she wants to go to Barton Peveril.

My husband: That’s where I went! Great!

His mom: You did?

Please note: My husband lived in her house for those two years it took to complete Barton Peveril. Two years that apparently were forgettable ones for some members of the family.

4. House cleaning victory. My BFF is a Super Cleaner. Her house is so clean that if you wanted to run your tongue along the baseboards, they would probably taste really good. Her floors qualify as a sterile environment for all surgical supplies. (At least before they are licked.)

My floors are used as the “Before” picture on commercials. My husband is very proud.

Guess what, though? She didn’t know that you’re supposed to vacuum under the refrigerator. Yeah. I knew that. She didn’t.

I’m not saying that I vacuum under our refrigerator, but I definitely know you’re supposed to.

I thought she was a Super Cleaner. But I’ve demoted her to Grand Cleaner Extraordinaire. I’ll inspect her fridge next time we visit when I pull out the ol’ pinot grigio.

You never know the secrets that might be lurking underneath someone’s educated exterior. Be afraid. Be very afraid.

Times I have interviewed a famous rock star: 0

Times I had to admit this fact at Career Day: 8

Kids I caught sleeping with their eyes open while I babbled: 2

I have never kicked back with Nelson Mandela. Or offered a Cadbury’s Fruit & Nut Bar to Daniel Craig.  Now that we have that out in the open, please pretend that you still respect me.

But really, Career Day and the five highly revelatory presentations I gave to the fifth graders were pretty darn good. I did sit through the cardio-thoracic surgeon’s presentation and wonder what I had to show for the last 12 years of my life that was equal to medical school, two residencies and specialized heart transplant surgical training, but otherwise, I came out unscathed.

Question asked with the most frequency: have I ever interviewed anyone famous? This is a loaded question. Maybe some of the people I’ve interviewed have considered themselves famous (writers, artists, politicians), but by fifth grade standards, I was forced to answer a definitive no. I watched as my shining “Writer” badge grew tarnished in front of their very eyes.

But I have held the shiny iridescent fabric to light a reporter’s face while they are speaking on camera. Is that amazing? No? Or what about the time when Steve Miller punched the CNN cameraman while I was working there? No? Or when I helped cover the 1992 elections when Bill Clinton was elected? Seriously. That was a lifetime ago, quite literally, for them.

The Career Day concept was to get the kids thinking about their interests, get them serious about making good grades in the long haul and give them advice about what kind of education they would need for a career in a specific field. It kind of made me tired.

All of the stress, angst, confusion, and self-doubt… it hasn’t even started happening to them yet. They are pre-career worry. They are fifteen career considerations away from an actual career. They haven’t had a nightmare about being back in college and the final exam is here, but they forgot to attend any of the classes. They still believe all that stuff people say about being whatever you want to be, right before you start failing Calculus (just a random example).

What I told them: keep up the grades, keep learning always, keep up your curiosity about the world around you. Take criticism and learn from it. And realize that the bog-standard, regular people around you are pretty amazing. Even if they’ve never interviewed Mandela.