Days of the week interviewees are responsive: 4

Hours on Friday afternoon when it is impossible to reach anyone: 4

Minutes I spend pondering where everyone has gone: 32

Fridays at work must be amazing. I’ve been a freelancer for too many years to count (admit) now, but back when I had an office, I don’t remember Friday afternoons being much to write home about.

Now, though. Now. The office must be Party Central. Here is why: when I try to call anyone on a Friday afternoon, no one is there. Like, until Monday. It’s not just one profession, like software developers (and we all know how much fun they must be having). Or accountants. I call roller coaster critics, fiber artists, teachers and bankers. I’m pretty sure that while I’m sitting in my home office, working hard, there is a lot of fun going on.

1. They have been abducted by aliens, X-Files style. Now, I’m not sure this would be fun, exactly, but I picture a Friday afternoon at one of those fancy, minimalistic workplaces where everyone works “cafeteria style.” This means that when someone is in the bathroom, reading InStyle for two hours, no one notices. Maybe this Friday afternoon, at a pharmaceutical company, a meeting begins at 2 p.m.

Manager pulled up to Apple Store-type table with fancy laptop: “Who was covering the roll-out?”

One of seven workers with equally flashy tech-y gear: “Oh, that was Chantal. She was sitting…”

And everyone turns. There are no assigned seats. There are no offices. No one has seen Chantal since Thursday. But her super-cool, leopard-print laptop is open at the table.

Manager: “Chantal? Chantal? Well, I guess we can tell Rohan he can come in to the office on every fourth Wednesday now. And on Monday, he can call that freelancer who’s been hassling Chantal about an interview.”

2. There is a secret, office-workers-only hangout. Like a speak-easy. My husband gets home on Fridays and is worn out. Are jobs really that exhausting? Pshaw.

Office worker, checking his low-profile phone for the text of the latest password to enter the speak-easy: “Shoot. That freelancer called me for an interview again. Do you think she’s onto us?”

Co-worker, in disguise, a furry hat with the ear coverings that are so in this year: “Dude, you’re getting paranoid. Put on your party hat and loosen up.”

Office worker, pulling out his hat and scrolling: “This can’t be coincidence. The password is [whispering] ‘newspaper.'”

“You’re gonna have to call her back before we get wasted. Stay out here in the alley and get it done, man. I’ll order you a beer.”

3. Team building meetings now consist of MASH and making fortune-tellers to examine what kind of employee you really are. When I was still in an office situation, they pretended like they really cared what kind of employee you were. Extroverted? Judging? They wanted to know. And heck, you did, too. It was like going back in time and taking that “Personality” class in Psychology, where we talked about our dreams and watched movies like “Harold and Maude.”

But now, things have been pared down. Personality tests and consultants cost a lot. And they might have to lay off any number of the existing employees, maybe on Monday.

MASH and notebook paper fortune tellers are the wave of the future. I’m betting savvy managers are using these while I wait for callbacks. When I was in elementary school, MASH was used to determine whether you would live in a Mansion, Apartment, Shack or House, and I was actually quite worried when Shack would come up. The list of boys was somewhat interchangeable, so I wasn’t too concerned with that part. I was going to marry Bo Duke, so I had that covered. And I knew nothing about cars. My friends told me to pick Camaro, so I did. And I often hoped for Corvette. But as long as I got the Mansion, I figured I’d probably have a driver anyway.

Those office workers… they get to have all the fun. Me playing MASH by myself is like trying to drink an entire bottle of wine alone. You could do it, but it’s not advisable.

4. Office workers in all industries now must spend Friday afternoons targeting creepy coupons to innocent citizens. Sometimes, I get a free Pampers diaper sample in the mail. I don’t know why. We haven’t had a baby in the house for close to 9 years. Do they know something I don’t know?

Target and Walmart apparently use our debit card and purchasing decisions to send us creepy coupons in the mail. I suspect there are bored office workers behind the direct mail campaigns. Do they sit at computers and click on products like Depends and denture adhesive to make us question our mortality?

5. The Caribbean is actually closer than I’ve been led to believe. In the summer, a lot of people in our area head to the beach after lunch on Fridays. The highways are a sea of cars. But this weekend is supposed to be pretty icky. The winter at our beaches won’t be the wave-jumping, boogie-boarding kind. Did someone forget to tell me that The Islands are closer than I think? Should I be abandoning my keyboard and heading to some sandy beach within a short drive?

O, Office Workers of the World, take me along to whatever fun place you go every Friday! Send me the secret password, and I’ll keep it on the DL. We’ll just say it’s off the record. 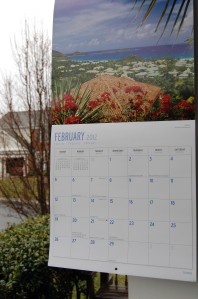 Today is the first day of the rest of your life.

Times I thought I had life figured out: 57

I was lucky enough to get to interview YA author Jordan Sonnenblick yesterday for work. Not only was he gracious, but humble, too. He has published eight books so far, and he wrote the first four in four years while still teaching full-time. He had some advice to pass along. As always, being in the presence of greatness makes me think about my own writing and how to improve. I thought I’d pass along what I’ve been mulling over since we spoke.

Picture the end of your novel before you start page one. Sonnenblick said this was advice he’d give to middle school students who hoped to become published writers one day. As an aspiring novelist pushing forty, it spoke to me in a kind of “duh, why didn’t I think of that before I went on a meandering, character-developing goose chase?” way.

When I was in my senior year of college, I had some major soul-questioning moments. There was a recession, and I couldn’t figure out how to get hired doing anything journalistic. Or, let’s be honest, how to get hired doing much of anything at all. In my college town, my peers seemed polarized into those who were already hired as assistants to the President of the United States the second they graduated and those who were going on to graduate school. I fit into neither category. My hometown of Atlanta was gearing up for the 1996 Olympics, and when I tried to get a job in public relations there, a family friend said that she had gotten several resumes from people with 15 years experience who were willing to intern for free (no money!) just to be close to the scene of the action.

I’m a planner, and I was ready to know how my life was going to turn out. If I could have, I would have flipped the pages of that book and discovered, stat, if the heroine ever gets a backbone or a clue.

Fast forward to my thirties, and applying that floundering lesson to my long projects didn’t take. I had left my characters bereft, floating on a (symbolic) raft, with no distinct goal. Or at least a rather amorphous one.

Lesson learned. Sonnenblick’s advice makes perfect sense. If only I had interviewed him a few years ago.

But here’s the thing: deep water is very scary. You don’t know what’s under there. Even though I love boogie boarding in the waves, I’ve heard the stories about rip tides. That, and my mom still stands by the edge of the sand and yells, “Don’t go out too far!” I’m almost forty. Read into that what you will.

The uncomfortable bearing of my soul and the fear that no one will really relate are probably behind my adherence to the breakers. Let’s just say I’m working on it.

If Frank McCourt had been my English teacher, I would be an award-winning novelist today. Only kidding, Mr. Sonnenblick. What I remember from AP English was that my teacher, a pinched, narrow, Englishy teachery type, favored long silences punctuated by pushing her cheeks in on either side as she considered any comment. It was distressing.

As we studied the Book of Job and all the horrible things he had to endure, I had no trouble making a personal connection to the text. English class was a hair shirt that I pulled on once a day to atone for my sins. My teacher wrote only one thing on my papers that year, “Be More Specific,” or more disturbingly, “Specifics?” I never asked her what she meant.

I found my way back to writing by late freshman year. My salvation was journalism school, a refreshing change from five-paragraph essays. But please note that news stories lack, even encourage, no solid conclusion. Bingo! I can now blame both bad luck in the English teacher lottery and journalistic style for my unpublished novel.

We writers must plot out our own courses, and I’m back to the feeling of wanting to flip to the end of the book. Will I ever get to be a published novelist? I’m going to plan on it.